TOG ACADEMY: the Renegade Legion Wiki
Register
Don't have an account?
Sign In
Advertisement
in: A to Z Index, History, Governments 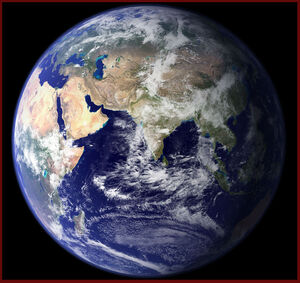 By the 23rd century, the various colonies of Terra had begun to split off from mother Earth. Separated by several months travel and communications, many of the colonies became culturally separated from Sol society. When several of the larger colonies (most notably Sigma Eridani and Laurea II) declared independence, the Terran government demanded monetary recompense for the expenses of founding the colonies (a very considerable sum). When the rebelling colonies refused, violence broke out. The War of the Raj, as it became known (somewhat incorrectly, as the Raj had not yet been officially created), lasted all of two months and only had two major engagements; The first being a large naval strike at Eridani's capitol of Hughe's Bay, and the retaliatory strike by a small force of Eridani marines. The Battle of Hughe's Bay resulted in the complete destruction of the city, and casualties of several hundred thousand. The counter-strike (which occurred two months later) severely damaged Antarctic Control, and ended with the suicidal thermonuclear detonation at the United Nations Headquarters (which had long since been moved to Geneva) which wiped out most of the ruling world government.

The high casualties caused both sides to pause and begin peace talks. The Colonial League and the remains of the UN signed the Treaty of Reykjavik in 2278, which brought about an end to the hostilities and created a provisional united human government. Over the next two years, the provisional government was replaced by a new government. This 'Raj', as it came to be called, gave much of the long term decision making power to the central 'Terran Parliament' but left much of the actual ratification and implementation of the policies to the various colonial governments.

The Human Raj made first contact with an alien species in 2461, when an Terran transport 'rescued' the Naram Cruiser Slerea. Due to the great similarity between the species, as well as the patience of the Naram diplomats, an alliance between the Naram and the Human Raj was quickly formed. This alliance was exceedingly profitable for both sides, which began exploring the galaxy together, as well as making several technological advances from the mixing of scientific theory, most notable the T-Doppler as well as most modern Holo-technology.

The Human Raj stood for another two thousand years, surviving contact, and the subsequent fighting for territory, with the KessRith and Ssoran Empires. To avoid any escalation of conflicts, the rapid growth of the Raj was halted, and uneasy truces with her neighbors were formed.

In the 69th Century, after TOG's rewriting of history, many have wondered why this interstellar government was named "the Raj". The reasons for this are manyfold and complex, no single one of which was more important than the others:

The word "Raj" means "Rule" in several languages from the Indian subcontinent on Terra; rampant overpopulation meant that a large proportion of the colonial population is descended from these ethnic groups. It is clear that the term was originally used in an informal way to refer to the rule of the colonies from Terra, only later becoming the actual name.

After the War of the Raj, one of the sticking points in negotiating a treaty was that the UN Parliament wanted "official, long-standing ties to the mother world" [The Road to Reykjavik, Armij Singhe-Rhodes, Astaroth University Press, Delta Alphacca, 2387]. In response to this, several colonies opened negotiations with the few remaining constitutional monarchies remaining on Terra, eventually swearing allegiance to one or another Terran Monarch, making them the ceremonial head of a constitutional parliamentary monarchy.

It should be noted that this is the mechanism through which The Commonwealth gained its title and its nobility.

The first attempts to organize the colonies after the War of the Raj resulted in an unworkable series of laws attempting to regulate everything, prompting a contemporary humorist to bemoan that they had "swapped the raj of tyrants for the raj of petty permits". Within months, the term "raj" was in general use throughout human space.

When it came to naming the semi-formal union of systems, there was much debate as to what it should be named; after two years, Martian President Ilsa Nebarra inadvertedly coined the term "The Human Raj" in a speech... and the rest is history.