TOG ACADEMY: the Renegade Legion Wiki
Register
Don't have an account?
Sign In
Advertisement
in: A to Z Index, Ships, TOG Ships,
and 2 more 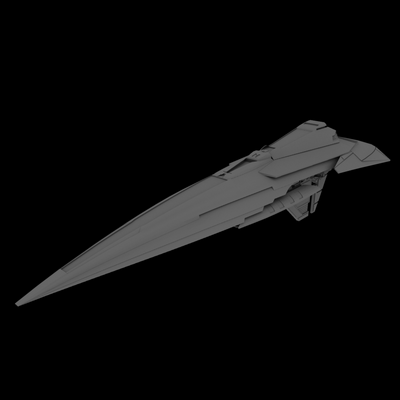 The Syracuse-class cruiser was one of the first designed after the formation of the Terran Republic in 6574. When the class was new, the spinal mount was more powerful than others available, and the ship carried a large number of lasers compared to other designs. The arrangement of this ship, at massive cost overruns, allowed for one group of fighters and a marginal missile system, the Hermanski I.

The main weakness that has shown up over time is the ship's overall lack of mobility. The three TOPS-Techno sub-light engines are below the rating usually associated with a cruiser, and the Syracuse shows it. In clashes against comparable Royal Navy ships, such as the Inflexible or Lion class, the Syracuse is no match.

The strength of the ship is its support features, which increase its value when working with other ships as part of a squadron. Its broadside laser bays have great range, and its older Model 88 Jankowski spinal mount can still inflict crippling damage.

On its own, the Syracuse is considered something of an easy target for a destroyer squadron. The superior mobility of the Commonwealth and Renegade forces has all but driven the Syracuse from raiding missions unless it is attached to larger task forces.

The bulk of the ship's firepower is from the Model 88 Jankowski spinal mount, one of the first big ship-mounted mass drivers that Jankowski Industries constructed. The accelerator coils have proven to be short-lived with heavy use and require replacement of their cowlings every two years. This procedure requires five weeks of work at a qualified starbase facility, limiting the basing of the ship to systems with an extensive fleet facility.

The massive bays of 100 Luanda Class VIX 37.5/30 lasers are the most impressive feature of the Syracuse. The devastation that these huge bays can deliver makes them a threat to any ship within 1,500 kilometers of a Syracuse. In contrast, the forward and aft portions of the ship are inadequately protected, especially the aft. With only two 50-gun bays of 22.5/10 Luanda Model XXIs, these sections of the ship are considered the best avenues of approach for enemy fighter attacks.

The older Magnuson shield generators are very reliable and are one of the few areas of the Syracuse that have not undergone refitting in its long history. The shield flicker rate on this vessel is concentrated on the front and aft portions, adding protection where there is limited firepower.

The Syracuse has a total of twelve launch and six recovery bays for its 72 fighters, allowing it to deploy two entire squadrons at a time. The fighter bay is directly under the center engine, which has caused difficulties. If the center engine is severely damaged in combat, the entire recovery section of the vessel might be cut off, stranding fighters in space.

The missiles that the Syracuse carries are limited in scope and damage potential, but they are reliable. The Hermanski Missile Works was founded on the manufacture of the Hermanski I missile deployment system for the then-new Syracuse Class cruiser. Over the years, it phased out production of these systems except in its facilities on New Rouge. This small, older facility manufactures enough of this older version of its popular line of missiles to meet the needs of the entire Imperial Navy.

The flag bridge on the ship was moved from the bow during the last refit of the battle computer system, relocated far aft. This is due to the fact that the new computer system took up much more space, a rare commodity aboard a Syracuse.

Most officers consider the Combat Information Center on this ship to be its most satisfactory component. This center is heavily shielded deep within the structure of the ship. Emergency evacuation tubes to the small-ship landing bays are located at the rear of the CIC.

Several dozen ships of this class have undergone extensive modifications as part of a test program, including more powerful engines and added firepower to the fore and aft of the ship. Examples of these new modifications are the Sharona's Glee and Turavara's Wrath.

One of the most widely known Syracuse cruisers in modern times is the IWS Kyna's Ire. In the defense of the Vicks system in Gilpin County, it took on three faster Kruger destroyers that were attempting to knock out the system's VLCA and resupply several Renegade resistance cells operating on the southern continent. Though the supply effort succeeded, all three Krugers were forced to withdraw before they could engage the VLCA. 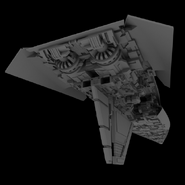 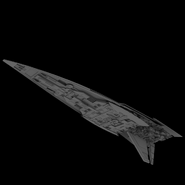 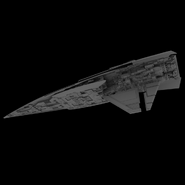 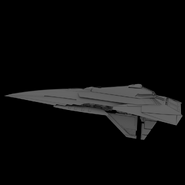