TOG ACADEMY: the Renegade Legion Wiki
Register
Don't have an account?
Sign In
in: A to Z Index, Ships, TOG Ships, Battleships 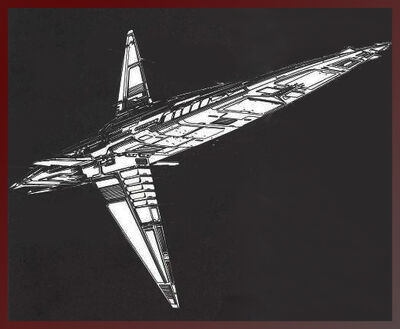 The Shiva is a good example of the excellent designs recently produced by the TOG Naval Planning Board offices. As one of the larger battleship classes in the Imperial Fleet, the Shiva combines all standard weapon systems with state-of-the-art construction.

The Shiva-class was designed to perform as a mainstay of TOG battleship groups for years to come. It is usually the center of any battle fleet and often serves as fleet flagship. Construction of this class began in 6800, when it was touted as 'the battleship of the century'. So far, it has lived up to that name.

Shiva-class ships have also served in various high-velocity system raids because of their massive firepower. When only one pass at a target is possible, the Shiva-class battleship can almost guarantee the target's destruction as well as its own survival.

The Shiva-class was designed as a powerful offensive weapons platform, a function it achieves with deadly accuracy. Its various weapon systems are some of the most powerful in the Imperial Navy. The Type E spinal mount throws the largest crowbar in any ship yet constructed and is the weapon of choice for mass destruction. Additional forward-firing weapons include a 25-gun 37.5/25 bay for long-range action and a 50-gun 22.5/5 bay for mid-range combat.

One of the few drawbacks in the Shiva design is the relative weakness of fore or aft firepower. Though this battleship can project enormous destruction from its broadside bays, it needs the protection of its escorting ships to avoid having its "T" crossed from either end. Because of this problem, the Shiva-class normally operates in strict line-of-battle formations and rarely leaves that position once battle is engaged.

The vertical launching tubes of the Type E missile battery are emplaced along both sides of the spinal mount, and the Shiva's extensive battleship turret system serves for close-range defensive fire. The class also carries 72 fighters of 300 tons or less for combined offensive/defensive operations. Berthed in the ship's hangar are twelve small craft of various types, each of 1,000 tons or less. These range from ship's cutters and shuttles to search-and-rescue boats and marine assault craft.

The Shiva-class can carry up to 10,000 tons of cargo as well as 200 passengers. These passengers are usually top-level TOG officials and their staffs or high-level military personnel. The Shiva is well-known for its luxurious passenger accommodations, making it in demand by senior officers needing transport. The marine contingent of 500 men is trained in all forms of honor-guard work as well as performing special bodyguard duties for notable guests, even when these individuals have their own security teams on board.

The first Shiva-Class battleship (IWS Shiva) entered service in 6809. Because it is a relatively new class, not all battleship groups have been able to obtain this vessel yet. Intensive construction has continued unabated at dozens of shipyards around the Orion and Mochov Districts and will likely do so for decades to come. Currently, only 6,000 Shiva Class vessels are on active duty in the Imperial Fleet, with at least that many more under construction. Though TOG keeps its record of ship losses top-secret, it is believed that fewer than 100 Shivas have been destroyed by enemy action or accident in the last 20 years. 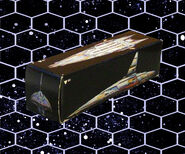