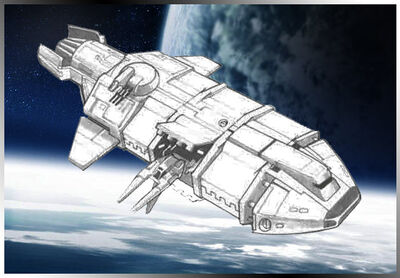 Patrol Vessels are a category of starship constructed using so-called "standard-scale" (i.e. non-Leviathan rules and components. The name itself is something of a misnomer, since "patrol vessels" covers both military and civilian ships across many classes, categories and functions.

Retrieved from "https://renegade-legion.fandom.com/wiki/Patrol_Vessel_(naval_category)?oldid=6982"
Community content is available under CC-BY-SA unless otherwise noted.