Major Cities (In order of size)

Caralis is a lush, prosperous world trapped in the middle of violent conflict. It has three continents: Rolandrin, Malthus, and the largest, Alsatia. The polar caps of the world are sealed in ice.

Caralis has no seasons because the tilt of its axis is so minor. It also lacks native plant life, but imported plants thrive in a year-round growing season. The mountains of Caralis have numerous precious mineral and chemical compound deposits. These all combine to make the world self-sufficient; Caralis' industries are able to maintain production even when intra-system commerce is disrupted.

Only a few records exist of the original Naram colony on Caralis. Historians note that the settlement was founded in 3340 on Rolandrin, named for the Naram priestess who led the original colony. Though the venture was sponsored by the Commonwealth, its contact with the colony was limited to small trading visits. The Commonwealth did establish a small military garrison on Alsatia circa 3500. By that time the Naram settlement was close to four million strong.

When the KessRith arrived, they found the same disarray and death that had made other afflicted worlds fall easy prey to conquest. Rolandrin's eight cities had been sacked and burned. Millions lay dead, many by their own hand. The few Naram survivors had reverted to a barbaric state. The sight of these silent dead so affected the KessRith invaders that they never settled on Rolandrin, calling it "Sheka," the Deadly Silence.

The KessRith occupation passed uneventfully. In 6579 the Commonwealth launched an invasion of Caralis. With three KessRith legions defending, the war was drawn out into a long and bloody campaign. The KessRith finally negotiated a truce with the invading Commonwealth forces, agreeing to gradually turn over control to the CAF.

When the Naram were liberated, they eagerly joined the Commonwealth, allowing a large garrison to be stationed on their world. Most of the local garrisons on Caralis were composed of Naram and KessRith, with Baufrin of the CAF acting as commanding officers. This tradition continues even during today's bleak times.

A huge influx of Human and Baufrin wildcat miners began with the end of that war. Many of the KessRith in Shannedam, far from their empire, turned to mining the asteroids of the Borialis system, and Caralis become one of the most heavily KessRith-populated worlds of the Commonwealth.

In 6617 a Gennium-Arsenic deposit of immense value was "discovered" on Bouganville, Ilole's largest moon. It was claimed by the van der ther Horst family, and certified by one of the most reputable mining corporations of the day. The van der ther Horsts traded all rights to their claim for a noble title. The estimated value of their discovery was greater than all the deposits in the rest of the system. The sudden find triggered an unprecedented boom, followed by an equally astounding bust when the claim went dry two years later. Meanwhile, the van der ther Horsts became the foremost family of Caralis.

The Tiven-Rilus-Ope'Diar Megaplex's rise to power in Shannedam County dealt a further blow to Caralis' fortunes. In response, the Parliament passed several eight-year plans to rebuild the economy of Caralis and to separate it from the reach of the Megaplex. Through years of effort, Caralis became self-sufficient, ringed with orbiting factories for producing goods.

With TOG's push into the Orion Arm, waves of refugees flooded Shannedam County from Pembroke and Keserdal. Many KessRith and Naram sought refuge on Caralis, where both races were already well established.

The 281st Commonwealth Legion was assigned to Caralis, and civilians formed several Caralis Militia Regiments. With the exception of the 125th Defense Regiment, all these militia units were armed with older weapons and ground effect or wheeled combat vehicles, making them suitable only for garrisoning supply depots and bases. A flotilla of old mining ships were armed by the shipyards of Trader's Paradise, becoming the "1st Caralis Battleship Squadron." Caralis prepared to defend itself to the bitter end.

The push against Caralis came in November 6829, when two TOG heavy carrier squadrons secured landing zones for the 13379th Strike Legion (Harbingers of Death). The initial attack wiped out the 1st Caralis Battleship Squadron. Indeed, the entire system would have fallen if not for the courage of the 3112th Royal Navy Carrier Attack Wing (The Blades of Revenge).

Within three days, the 13379th Strike Legion had the 281st Commonwealth Legion encircled. The 281st attempted a bold break-out off Malthus, but was decimated in the attempt. The CAF then landed the 20344th Renegade Infantry Legion, along with multiple grav regiments and auxilia. Their attack on Fontane began a year's bitter and bloody fighting against the TOG invaders, noteworthy only for the heavy losses on both sides.

TOG attempts to take Alsatia have also been repulsed. The war has stagnated in the northern Edmantine Mountains, where elements of the 17775th Renegade Armored Legion are securely dug in. The Renegade 2567th Infantry Legion (Provisional), raised from elements of various Renegade and Commonwealth units, has suffered a series of setbacks and losses, but is holding its portion of the front. Though not confirmed, some reports indicate the 419th Praetorian Legion is replacing the 3241st Strike Legion.

Guerrilla warfare has proven ineffectual, though resistance by the members of The Church of the Final Dimension (centered near Alabaster) has been noteworthy. In July 6830 the Church declared a Holy War against TOG, and it took a month for the 13379th MP Cohort to pacify the valley. In general, however, the 13379th Strike Legion's reputation for dealing harshly with resistance has kept the population in line.

Though it is difficult for large ships to penetrate the system undetected, the Royal Navy still maintains some degree of control over Caralis and Ilole. The remainder of the system is under TOG naval control. The Royal Navy routinely manages to slip small vessels into the fringe areas of the system to harass TOG shipping, but these raids are daily becoming more dangerous.

Elements of Harbingers of Death and of 21346th Renegade Armored Legion in stand-off at Galiano. 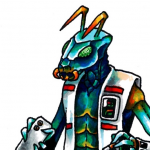 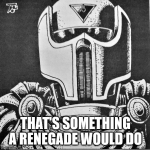